A shocking report about the tortures on Ayatollah Boroujerdi 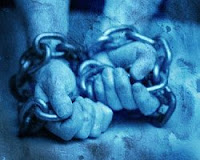 According to the report received by one of the guards of Evin prison; Mr. Boroujerdi has been detained in solitary confinement under the control of Information ward since April 22, 2010 up to April 27, 2010 and the special officials diffused chemical and microbial gases with various colors and smells in the space of his cell during this period! As this matter resulted in the gravity of his physical condition and they became compelled to return him to the general ward.
It is necessary to say that such these inhumane and savage actions are nothing new and some of dissident prisoners had been afflicted by various brain diseases and paralysis due to such these awful tortures during last years too.

According to the report; there is no accurate information on the class and the effect of these gases, but based on the statement of one of Mr. Boroujerdi’s cellmates; this dissident clergy who is opposed to Velayat-e-Faqih, is not able to stand easily and keep his balance after retransferring to the general ward also his vocal cords have been injured extremely and he are suffering from reiterate vertigo and vomiting too!
It should be mentioned that in spite of the lack of access to essential medical cares, Mr. Boroujerdi is still debarred from visitation as before and based up on his audio file broadcasted last days, the authorities of the Information ward of the prison have threatened him to amputation his hands if he reveal and say anything about the quality and circumstance of the tortures has been carried out on him!
May 2, 2010