On the occasion of the Eid Ghadeer, Mr. Kazemeini-Boroujerdi has penned a letter from inside prison, in order to once again expose the regime: “Never will the articulate calendar of history forget my annihilation for having exposed the nature of political Islam and for standing up to the monarchic Mullahs.”

Once again, I send Eid Ghadeer greeting to all humanitarian authorities

I salute all those righteous leaders who are strangers to violence and I greet all those who rule justly and peacefully. I offer my condolences to our Almighty as his guardianship of all his creatures was viciously and audaciously taken hostage by the message of this nefarious revolution, which was the installation of a divine governance for the truly needy and wanting. How awful and unfortunate when an inferior person is called the Supreme Leader! They have made such a mockery of the clerical ranks, toying with the length and breadth of humanity.
Read more »
No comments:

As I begin my eighth year as a prisoner of dictators, I would like to briefly look back at the theory behind these inexcusable and irrefutable crimes and I will search my mind for the account of all that has happened.
In 1991 when I established the faculty for instruction of traditional and non-traditional Islamic sources, it was in order to expound on the true heart of the religion. I was watched, wiretapped and threatened by Intelligence and Security agents of the regime.

Once again another sacrificial lamb has appeared so that he can offer his life in the slaughterhouse of history, to the alter of the bloodthirsty who have no mercy on great or small and who behead one and all with their sword of cruelty, inhumanity and perversion.

It is the Eid of Sacrifice (Eid’eh Ghorban) and thirty five years of holding Muslims hostage to the Islamic ideology of a regime that deceives and steals, disguised as clerics and men of the cloth. The country has been under the control of wolves dressed in clerical clothes.
Read more »
No comments:

Mr. Kazemeini-Boroujerdi’s message on the occasion of the eighth year of the storming of his home and arrest of his supporters

Greetings of the meek to the Almighty who at no time neglected to caress his creatures; the Almighty who neither commanded violence, nor ever sent forth a prophet to abuse believers, and whose commandments were not ordained for inhumanity.
I embark on the eighth year of the most horrifying and painful imprisonment, which is the mark of a treacherous political Islamic apparatus, headed by fraudulent clerics. It is with great pity that thirty four years ago, the forsaken people of Iran were fooled by these so-called men of the cloth, giving the power of their vote away to a religious regime and scorching the path to their own future and that of generations to come.

The campaign to Keep Mr. Kazemeini-Boroujerdi Alive has begun it's efforts 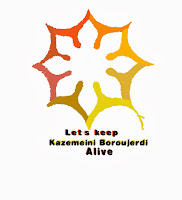 He has been in prison since October of 2006, deprived of any legal representation and medical care. It is now the beginning of the eighth years of his arrest and he is near death as a result of the years of torture, malnutrition and horrific sanitary conditions in prison; he has contracted numerous illnesses that have become chronic, starting from his heart, to his kidneys, pulmonary, and severe arthritis pain. Despite all this, his jailers who take their orders directly from Ali Khamenei, the so-called Supreme Leader, have not only prohibited him from being released from prison, on medical furlough at a hospital, they have also refuse him all the necessary medication.
Read more »
No comments:

Ben Cohen - COMMENTARY
10.03.2013
In July, I reported on the grave situation of Hossein Bourojerdi, one of Iran’s most courageous dissidents. Bourojerdi, who carries the honorific Shia Muslim title of “ayatollah,” is a veteran opponent of Iran’s ruling system of velayat e faqih, whereby Islamic jurists exercise total control over society and its institutions.
Bourojerdi was first incarcerated in 2006. At the time, hundreds of the ayatollah’s supporters valiantly attemped to stop him from being dragged out of his south Tehran home by the police. Since then, reports of Bourojerdi’s failing health have regularly surfaced. Now, Iranian human-rights activists have passed on the news that Bourojerdi, who is languishing in Tehran’s notorious Evin Prison, began experiencing heart failure last Sunday.
Read more »
No comments: 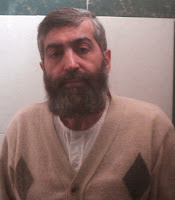 Based on received reports from the organization Human Rights Activists for Democracy in Iran, prisoner of conscience, Mr. Kazemeini-Boroujerdi suffered a heart attack and pulmonary hypertension in his cell in Evin prison. However rather than being transferred to a hospital, the prison authority transferred him to the on-sight infirmary which is hardly equipped to deal with any such emergencies. He was kept in the infirmary for a short time and then returned to his cell.
Mr. Boroujerdi who is at the beginning of his eighth year of his imprisonment, has continued to experience serious heart and pulmonary issues throughout the years. On Sunday morning, September 29th, he began to once again experience extreme pain in his chest and shortage of breath that was untreated the entire day; finally on Monday morning the chest pain and shortage of breath combined, lead to a heart attack.