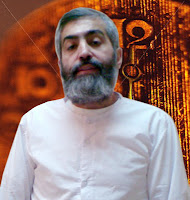 Mr. Kazemeini Boroujerdi has written some letters to United Nation secretary general on the occasion of the sixty-seventh UN General Assembly in New York. He asked Mr. Ban Ki Moon to publicly charge the president of Iran to account for some troubles in Iran in order for the world to learn of and impeded the dangers posed by this deceitful regime. He explained all that the founder of revolution in Iran promised is not actualized after 33 years, therefore the regime has absolutely lost its legitimacy and a free referendum in Iran is necessary.


During an open letter to the world Great leaders attending the General Assembly, he described the people troubles and said:”regretfully after 33 years we see just lying, wile, oppression, discrimination and violence in this regime”.


The Boroujerdi’s open letter has been receipt by “Human Right and Democracy Activists in Iran” and had been read already in ancillary meetings during the session period.


Here is the letter text:
Open letter to Mr. Ban Ki-moon on the occasion of the sixty-seventh General Assembly of the United Nations in New York


Greetings to human rights defenders and guardians of peace and justice-seekers, I wish destruction of all tyrannies worldwide.
I call upon all of you democratic leaders of the world who are in attendance at this majestic assembly, to publicly charge the president of Iran to account for the following matters; and I appeal to you to challenge him under legal and international standards, in order for the world to learn of and impeded the dangers posed by this deceitful regime whose pretenses of piety and faith is nothing more than a ruse to plunder the national wealth:


1. Thirty-three years ago, a mutual agreement between the founder of the revolution and the Iranian nation, where the people of Iran abolished the Shah in order to relegate their lifeblood to the shadow of the promises issued in plain view of contemporary history. They promised to be generous and beneficent, and to create a sort of paradise in this part of the earth. Now after all this time, contrary to all that the old clergyman promised, the Iranian citizens have become the most lowly and desperate subjects in the world; who can help the people have been held captive by a most vicious religious tyranny?


2. Can anyone deny that the Iranian nation is no longer prone to any mindset similar to that which that clergyman and his regime has absolutely lost what legitimacy it may have had for that period in history?


3. Why do the ruling elite, prohibit our people who live in abject poverty and the fever of misery, from protesting.


4. The violence and iron fisted suppression, which rules over our country cannot be seen anywhere else the world. Looting public property to the complete destruction of the children of this land, has desecrated humanity’s calendar.


I, as an imprisoned cleric who opposes political Islam, appeal to you to help us most deserving Iranians to secure our freedom for a progressive and self-determinant Iran.


Respected Members of the UN,


Greetings to you on behalf of our loving Creator and all those imprisoned here. My remarks are directed to you from Evin Prison, a center of injustice, violence and routine human rights abuses.


33 years ago, under the banner of religion and spirituality, the Islamic Revolution in Iran was born. There were 30 million people in Iran at the time of its creation. The leader of this Revolution promised an ideal and beautiful Iran. The people sincerely believed in these promises and obligations, as well as the moral and ethical motives of its founder cleric, and therefore agreed to abandon the monarchy.


This old cleric changed the course of Iran besides the graves of protestors and revolution’s victims, many of whom died in overthrowing the monarchy. He gave hope to this oppressed and noble nation, promising that the country's wealth and resources would be for the benefit of the Iranian people and no longer for foreigners stealing it for themselves, so the people would be able to utilize the nation's wealth and resources and to live in a free and unique paradise. In addition to verbal commitments, these promises, including for free education and medical treatment, were listed as rights in the new Iranian Constitution. The system was to be based on independence and freedom, and so the Islamic Republic was established. But now, after 33 years, those initial promises have turned out to be nothing but perpetual lies, deceit, oppression, discrimination and violence.


Yet the leaders have continued to repeat the founder's empty promises. As a spiritual leader, I have been and still am a witness to the world’s ears and conscience that our nation never required this revolution, as they were in better conditions both in terms of religious and economic.


The violent and inhumane enforcement of cruel laws that have been falsely attributed to our Lord has brought many of today's Iranians to doubt the existence of God. The poor have been unable to survive, and the people have been helpless. The leaders substituted Iran's previous relationship with the West for one with the East. The early history and promises of the Revolution have been ignored and covered up.


The right and liberty to choose one's own religion and beliefs has been denied. Media independence, as well as cultural and personal freedoms, is treated as crimes. The necessary involvement of ordinary people in the basic affairs of our Republic has been denied. Those who govern have done so falsely in the name of Islam, and have thereby driven Islam from the people's hearts. The criminal actions perpetrated under this false Islam are seen as errant and disreputable in the eyes of international observers. If true Islam is established here in Iran, then how can all these 7 years of my horrendous imprisonment under this so-called Islamic regime be justified? As a divine leader, I haven’t done any crime, except my speaking against this tyrannical, illegitimate, religious dictatorship. In these 7 dark years of my life, I have been denied all medical treatment, including needed medications, as well as any lawyer or legal representation and now I am dying.


I hope you will hear the voice of this jailed spiritual leader.