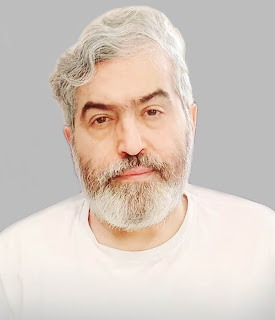 According to the above report from Tehran, as well as the protests of the Iranian people in the past few weeks, the threats and harassment against Boroujerdi and his students had been increasing drastically by late August 2022. Furthermore, via phone calls, the agents of the Ministry of Intelligence and Iran's Special Clerical Court have recently been threatening and prohibiting Boroujerdi from advocating, releasing any statements, and associating or sympathizing with the brave Iranian movement. They have imposed even more strict security on this well-known critical thinker, scholar, and religious critic. His house is still under 24-hour surveillance, and numerous disguised agents have been roaming all around since January 2017. After enduring 11 years of torture and abuse in prison, he was released from prison on temporary medical leave, and has been effectively placed under house arrest. Please note that October 8th was the 16th anniversary of the attack on his house where Boroujerdi, along with his family and thousands of his followers, were arrested and transferred to Evin prison. On this account, the government precautions have increased significantly around his house.

In addition, using double pressure on Boroujerdi's house arrest, stationing a huge number of security forces around his house, as well as maintaining strict control and surveillance during his daily commute, are for the purpose of officially banning Boroujerdi from supporting this recent movement. Moreover, the agents of the Ministry of Intelligence have continued to disconnect his phone calls, send death threat text messages against him, and perform suspicious telephone calls. In this respect, these frequent threats have caused a lot of emotional pressure on his family and make it harder to carry out activities of daily living and essential routine tasks to prepare the basic needs of the family. In addition to that, the report inside Iran indicates that Mr. Boroujerdi's students have been threatened by hostile action, and gravely controlled!

It is obvious that in an Islamic country that has a religious government, Boroujerdi has been a public defender for over four decades, keeping company with disenfranchised people in order to advocate for the rights of Iranians. He was arrested, imprisoned, and tortured many times in the 70s and early 80s due to advocating for the separation of religion from politics, fighting religious superstitions, and rejecting any violation and punishment under the Islamic rulings. In October of 2006, Boroujerdi, along with his family and thousands of his followers, were arrested and transferred to Evin prison. Boroujerdi has been staying deeply away from prejudice when commencing extensive research and study of religious documents and historical sources of Islam. He has found gross religious inconsistencies in both Shia and Sunni sources. All these discovered contradictions have been gathered in his book.

A set of thousands of documents have been discovered that express religious internal contradictions and incompatibilities that demonstrate the unreliability of revelation, scribes, the holy book Quran and the prophet's mission. Therefore, the secondary rulings such as hijab, individual freedoms, and social justice are questioned too. Therefore, the system of punishment including arrest, penalty, threat, a prison sentence, flogging or a fine, and death that are imposed for breaking a law of not wearing hijab or even just standing up for your rights, are inaccurate. It is far away from the principles of knowledge, logic, conscience, humanity, and wisdom.

Despite the fact that he had a chance to leave the country after being released from prison, Boroujerdi preferred to stay in Iran alongside the Iranian nation and to continue his tireless movement in the field of research, studies, and teachings to enlighten the society.

It is very important to remember that Boroujerdi's purpose is a fundamental and essential movement to reveal the truth of religion and the nature of religious laws in the name of Allah, which have caused countless crimes against humanity and the oppressed nation of Iran!

Today, we are witnessing a new movement that has begun from the depths of the hearts of Iranian children, along with students and sympathetic people. These people have experienced a bitter life in a religious society with a religious government that is full of suffocation and oppression, beyond the theories of religious intellectuals who try to give justification for religious crimes. In fact, in the best possible way, they have been demonstrating the invalidity of justification of the practice of religious law in the public sphere. Iranians are rising to demand their fundamental human rights, including justice, life, freedom and civic rights, as well as women's rights. Therefore, their demands should be given serious international attention.