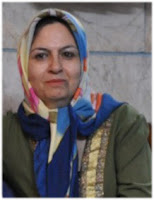 Based on reports from the Human Rights and Democracy Activists in Iran website, on Monday, September 9th, Ms. Akram Vali-Doosti, wife of Mr. Kazemeini-Boroujerdi was summoned to the Special Clerical Court where she spent many hours under interrogation and psychological pressure.

The motivation behind such viciousness against Mr. Boroujerdi’s family is to specifically put pressure on Mr. Boroujerdi, who as a freedom-loving cleric has spent the last seven years in the most inhumane and medieval conditions in prison.


He has endured unspeakable physical and psychological torture which has lead to various ailments. The Special Clerical Court which is specifically designed to confront and punish anti-regime, freedom-loving clerics, neither provides him with the proper medical treatment of any kind, nor grants him permission to leave the prison for a medical furlough. His condition worsens every day, all the while, his family and supporters are threatened, arrested and interrogated on a daily basis.

The Human Rights and Democracy Activists in Iran condemn this round of arrest and interrogation of Mr. Boroujerdi’s spouse and stand firmly by her, calling on all human rights organizations around the world to investigate and hold the Iranian regime’s Supreme Leader, his collaborator Mullahs and the entire Iranian judiciary accountable for the continued attacks and pressure on this family.