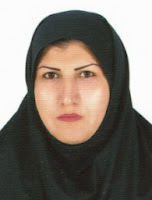 The continued pressure and threats has taken it’s toll on yet another member of the family, friends and supporters of Mr. Kazemeini-Boroujerdi. This time, Ms. Najmeh Sameni, a long time defender of this freedom-loving cleric has been discharged from her job.

According to the Human Rights Activists for Democracy in Iran , Ms. Sameni was an employee of a private sports cooperative and had been arrested once, in 2006. Her case file however had remained open and under the full supervision of the Special Clerical Court.


She was notified that as of September 15th, she was to no longer report to work and that she was fully discharged. This termination occurred without any prior notice or report of dissatisfaction from her employer.

A number of Mr. Boroujerdi’s relatives have been summoned to the Special Clerical Court as well. They were threatened and pressured to agree to collaborate with the regime authorities, in order to force Mr. Boroujerdi to comply with Khamenei’s demand for a letter of repentance, conceding to be silent and cooperative. Among these are Mr. Boroujerdi’s own wife, Ms. Akram Vali-Doost, and a family relation, Mr. Mojtaba Moghadassi.

The Human Rights Activists for Democracy in Iran condemns these ongoing and ever-escalating brutal acts of pressure, threats and menacing against Mr. Boroujerdi’s supporters and calls upon the United Nations Human Rights Special Rapporteur to refer Seyyed Ali Khamenei’s file for crimes against humanity to all international judicial bodies.