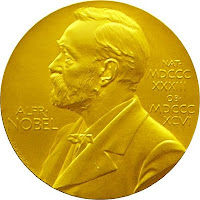 At the fourth anniversary of Mr.Boroujeri’s detention on 8 October At the fourth anniversary of Mr.Boroujeri’s detention on 8 October 2006, his supporters sent an open letter entitled “Awarding the Noble Peace Prize for 2009” to the office of the Nobel Peace Prize Committee. A petition for the release of Mr. Boroujerdi has received more than four hundred and seventy thousands signatures in the last 8 months and represents an important document.
This petition entitled “Support Boroujerdi” marks one of the few top petitions with its number of signers on the http://www.petitiononline.com/website.
In this petition, all high rank authorities, governments, parliaments and organizations, active in Peace, Democracy and Human rights worldwide, specially the Nobel Peace Foundation have been asked to support Mr. Boroujerdi, a leader who advocates the separation of religion from Iran’s state.
http://www.petitiononline.com/naroda09/petition.html
The content of the petition is as follows:
We, the signers of this petition, know Seyed Hossein Kazemeini Boroujerdi, the Iranian liberal leader, who has suffered different kinds of torture, attacks, and slandering. He deserves immunity and the support of the international community for his efforts towards the realization of humanitarian ideals:
1) Separation of religion from the state and the rejection of political leadership at the hands of the clergy (Velayat-e Faqih).
2) The establishment of complete Democracy (freedom of religion, beliefs, press, speech and removal of gender and racial discrimination).
3) The practice of unity and friendship among the followers of different religions and the establishment of peace in the Middle East.
4) Removal of torture and rough penal punishments such as execution, stoning, whipping and imprisonment.
5) The establishment of a free referendum under international supervision.
Also there is another petition entitled “Free Ayatollah Boroujerdi” with more than four hundred and fifty thousands signatures.
http://www.petitiononline.com/Maat2/petition.html