The critical condition of Ayatollah Boroujerdi in prison 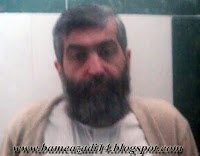 Dec 8,2009
According to the news received, Mr. Boroujerdi is spending very difficult condition in a very small cell with dimensions 1x2 in the special section for clergy in Evin prison. Although the condemnation period of this prisoner hostage has recently come to end, but he has neither been released nor permitted to have sick leave.
It is necessary to say; the section mentioned is composed of tens of small, dark and damp cells under the ground that each cell is counted as a solitary confinement and only one person must be detained in, but because of the increase in prisoners’ number, there are two or three people in each one!
Moreover there is only one telephone in the small yard of this section as the prisoners have to use it only in some defined and limited hours in the too cool weather of Evin to make call with their concerned family.