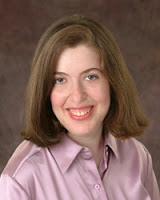 An Iranian democrat friend of mine here in the USA and I were talking about how we both think the Islamic regime in Iran is trying to kill off Ayatollah Boroujerdi before the regime falls. The goal of this post is to draw attention to the horrific plight of Ayatollah Boroujerdi and to encourage all supporters of Iranian democracy to speak out for Ayatollah Boroujerdi.
Ayatollah Seyyed Hussein Boroujerdi is known for speaking out for separation of religion and state. In 1994 he began expressing his opposition to the notion of Shi'ite clerics running the government in Iran. He opposes the notion of Velayat-e faqih - or Ayatollah Khomeini's notion that a Shi'ite Islamic government should be led by a Supreme Jurist from among the Shi'ite clerics. More fundamentally, he opposes the entire structure of oppression on which the Islamic regime is built.

He believes this regime is built on a profound and brutal misinterpretation of Shi'ite Islam. Instead he adheres to the many centuries of Shi'ite Islamic quietism under which Shi'ite clerics argued that since the 12th Imam disappeared the clerics should not be allowed to rule the government. He argues that this regime's oppressive interpretation of Islam has turned many Iranians against Shi'ite Islam. He supports a referendum to enable the Iranian people to freely and peacefully remove the Islamic regime and replace it with secular democracy. His compassionate opinions are well worth reading, even for Iranians who have abandoned religion or covnerted to Christianity or Zoroastrianism.

In 2002, his father, Grand Ayatollah Mohammad Boroujerdi, died under suspicious circumstances in a Tehran hospital, and his father's mosque was confiscated by the Iranian regime. Once Ahmadinejad took power, the regime's persecution of Ayatollah Boroujerdi escalated. In October 2006 he was arrested by the regime while up to 1,000 of his followers surrounded his mosque in an unsucessful attempt to protect him. The regime arrested 172 women and 225 men who gathered to protest his arrest.

He was initially sentenced to death by the Special Clerical Court. This sentence was commuted under international pressure to 11 years in prison, 10 of which must be served in exile in Yazd. He has been kept in solitary confinement in Evin Prison, and he is being denied medical care for his health problems including heart, respiratory, and vision problems. He has lost 80 pounds in prison. His physician Dr. Hesham Firoozi was arrested as well.

His mother was arrested in 2006, and she died from the stress of her son's captivity in 2006 shortly after her own release from prison. He was denied the right to visit his dying mother and to attend her funeral. His oldest son and two of his other sons were also arrested. His wife was brought into his cell and raped in front of him.

The chronicles I receive from his followers are genuinely heart-rending and suggest that his life is in grave danger. It is sadly obvious that he will not be released as long as this regime remains in power. But urgent action is needed to draw attention to his case and to keep him alive until this regime falls.

The regime is also creating intolerable living conditions for all the clerics in evin Prison. The regime is starving the clerics in the Evin Prison - by giving four prisoners two loaves of bread, a teabag, and one small meal that is not enough for one person. on January 21, 2010, the heating and water system was shut off for the clerical section of Evin Prison, forcing the prisoners to take a cold bath in the depth of winter.

Mr.Boroujerdi is in our mind we dont forget him.

they afrid of his view point about religion .