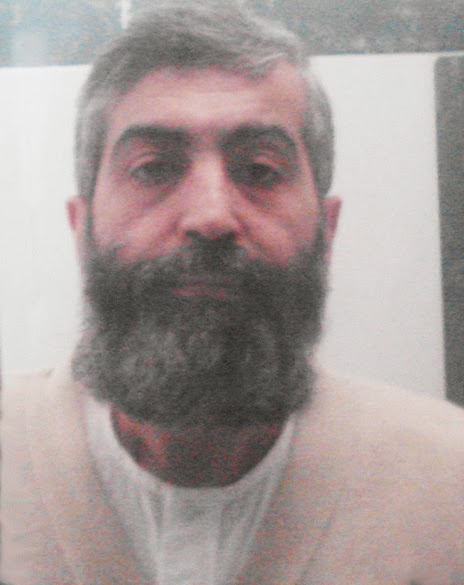 Based on received reports from the Human Rights Activists for Democracy in Iran, abuse and harassment of imprisoned cleric, Mr. Kazemeini-Boroujerdi continues to mount.
The continued suppression and imprisonment of this anti-regime cleric through Special Clerical Court agents are using every possible method to force Mr. Boroujerdi to give in. Prior to this, the various agents from the Ministry of Intelligence and Surveillance continually summoned this prisoner from Evin prison to the Zafaraniyeh interrogation station where he was beaten and tortured. His family has also been followed, threatened, harassed and abused. Further, he has repeatedly been subjected to torture, solitary confinement and prearranged assassination plots. In addition to all this that he has endured, his physical condition, given his worsening ailments developed following years of confinement and torture has given the regime agents another tack for further violation of this prisoner. Though several doctors who attend the ill-equipped and unsanitary prison infirmary have repeatedly told the prison authorities that Mr. Boroujerdi requires proper hospitalization and medical treatment for his ailments, the regime has not only refused to grant him medical furlough and insist on prohibiting him access to any medication provided by Mr. Boroujerdi’s own family.
The regime-run media has also made a concerted effort to keep up the disinformation and character assassination of this brave freedom-lover. They have continued to obfuscate about his case and the reason for his opposition to the regime. It is important to mention that during his eight years of incarceration, Mr. Boroujerdi has also be prohibited from having any legal representation whatsoever.
However due to the persistent inquiry of international human rights organizations and the United Nations Special Rapporteur, Dr Shahid, security agents recently transferred the dissident cleric to the office of Special Clerical investigations of the Ministry of Intelligence and Surveillance in Zafaraniyeh, in order to further apply pressure and torture in order to have him write a letter agreeing not to meet with any of the officials of the human rights organizations that visit Iran and request a meeting with him.
On the other hand, according to another prisoner who is Mr. Boroujerdi’s ward mate, who last week had been summoned to the special clerical tribunal, agents are planning on destroying Mr. Boroujerdi’s eight year file and destroying any remaining traces. His family is extremely concerned about his situation as well as his well-being and describes this new attempt to eliminate all documents on Mr. Boroujerdi’s case as a new level of violation and conspiracy against this prisoner of conscience.
The Human Rights Activists for Democracy in Iran, condemn the on-going violation and abuse against this brave freedom-fighter and call on the United Nations Commission on Human Rights to intervene to end the prohibition on all medical care and legal representation for Mr. Boroujerdi and all other political prisoners in detention.


We also recommend that the case of Ali Khamenei and other figures of the inhumane regime to be referred to the International Court of Justice for crimes against humanity.