Another Nowrouz in Captivity and Exile 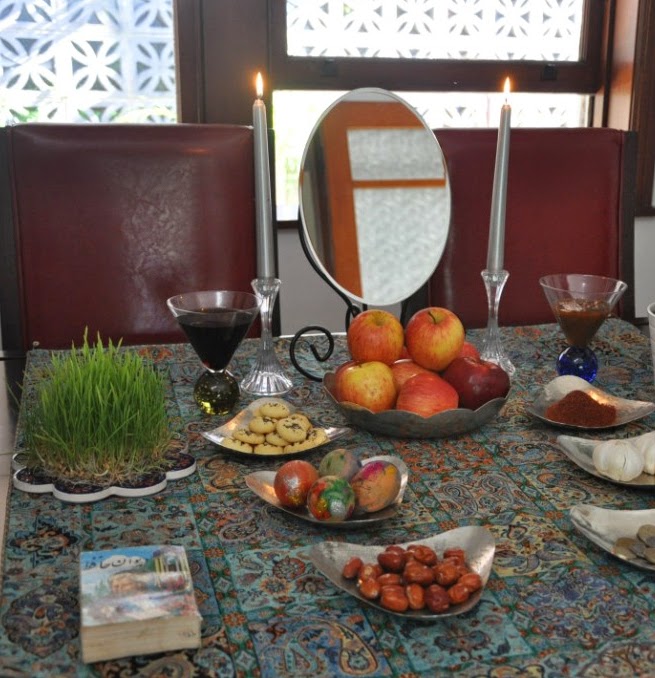 Greetings from the compassionate and merciful and kind Lord to all those who are caught up as a result of violence and cruelty,
Greetings to all religions and faiths that shed warmth on people’s lives by embracing  the humanity through simple and understandable commandments. Now that we've entered into  a new solar year, we are witnessing our dear homeland go through the most hideous times ever, which  has brought destruction to our innocent and punished people, making any discussion about the feast look like salt poured on the old wounds of the plundered people.


The happiness of our people has been sacrificed at the hefty and backbreaking expense of trench building and the exportation of the revolution in the neighboring countries, overwhelming the contemporary history by creating excessive oppression, poverty and incurable pains.
Today, the professor of theology and the savior of unification whose crime is that of wanting to purge the Lord’s teachings from political stains has entered into the tenth year of his heroic captivity, and has been living in deadly conditions since the last six months, and there is no hope for the continuation of his life.
As the group of his disciples in exile, we think that the sweetness of Nowrouz lies in the eversion of religious tyranny, and consider all our languished and distressed compatriots in poverty and sickness as victims of an Islamic dictatorship, and pray for their liberation.
Dear compatriots who reside abroad, do not ignore the psychological and physical and financial destitution and dissonance of the brothers and sisters of this sacred land, which has bloodstained the misfortunes of the off springs of Iran and that of the humanity, and has brought precocious aging and frustration in life, and suspicion towards religion and spirituality, and has darkened the breathing room and shattered hopes; Spring is meaningless in this part of the world, and the early breeze of the year does not have any freshness, and the greens of the trees and plants do not behold a message for caressing the spirit.
It has been months since Seyed Hussein Kazemeini Boroujerdi is being kept under intensive security measures, and this role model has been subjected to torment and harm for fighting against a religion of force and suffocation, which has led to his disabling and development of deadly diseases; we hope that the freedom loving attorneys will echo his voice, and the representatives of human rights throughout the world will start a fundamental and full scale movement in view of propagation of his slogans and his position and will prevent the continuation of his torture  before he is killed in the Evin prison.

The Exiled Followers of Divine Savior