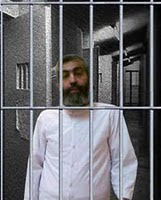 Based on recent reports received from Iran, on Saturday and Sunday (5 and 6 November 2016), Mr. Kazemeini Boroujerdi has been transferred two times to the Evin clinic due to extreme low back pain and bone pains especially in his feet.


Because of unavailability of proper medical services in Evin clinic, he just had received 3 pain-relief injections on Saturday which were inefficient for his illness. Since, his health had been deteriorated, on Sunday he was again transferred to the clinic and same medicines were prescribed which had never any improvement. So the doctor just has suspected that his pain was caused by spinal disc herniation. Mr. Boroujerdi has written a letter to the Special court of clergy requesting for his transfer to an equipped hospital outside the Evin prison since he believes that his treatment in the Evin’s clinic is practically a disdain due to lack of appropriate facilities. He knows the authorities as the responsible for his life and any fatal incident. However, the authorities are still unresponsive to his request and prevent him of receiving any proper treatment.
The physical situation of Mr. Kazemeini Boroujerdi is too critical as his family were shocked when they visit him on 5 November. This prisoner of conscience actually is deprived of medical treatment for 10 years because he was under severe tortures during the jail. As a result, he is suffering from numerous illnesses such as heart and renal disease, respiratory issues and also osteoporosis. He is also suffering from deformation and inflammation of legs and low back, causing difficulty in walking. Nevertheless, the authorities have never taken any effective actions for his treatment.
Based on the sentences by the primary tribunal, the period of Mr. Boroujerdi’s jail has been finished more than 6 months ago and he is still in jail without any reason or a new sentence. The representatives and the family of Mr. Kazemeini Boroujerdi appeal all of Human Right organizations and activists to pay attention to his critical situation and assist for his urgent release.