International Day for the Protection of Victims of Torture 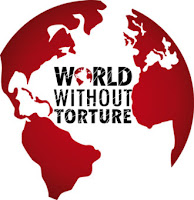 On December 10th of 1984, convention on the prohibition of torture and other cruel, inhuman or degrading treatment or punishments, assigned a resolution by the UN General Assembly and on June 26, 1987, the convention came into force. On this occasion, the UN General Assembly decided in 1997 to mark 26th of June as the international day for the protection of victims of torture, in order to attract world attention to the bad phenomenon of torture.
Nonetheless, despite many efforts to eliminate torture, this phenomenon is still present in various forms in the world.
Hoping for a day to see a world free of torture and violent acts and punishments, we draw your attention to some of Mr. Kazemeini Boroujerdi's notes in prison. It should be recalled that Mr. Seyyed Hossein Kazemeini Boroujerdi was subjected to torture cases for nearly 11 years in prison for defending freedom of thought and opinion. Which has not yet been able to heal a bit of the suffering after months of medical treatments.
Torture is brutality, it flows the animal's mood into humanity. Torture in the Arabic language is called Muthle (مثله ), which means to tear apart the limbs from one another. Like, pulling out the nail and tooth and beating so hard that internal organs nearly tear apart.
This phrase in Quran, has come in the term of Azab (عذاب). Of course, it is pity they introduce God as the originator and inventor of Torture, with reference to the verses of Hodud (حدود (and Ta’zir (تعزیر).
The torturer, over time, looks at it as an ordinary job! This crime occurred first in the jungle, where stronger animals were catching weaker beings, and they were eating alive the meat and blood of their victims.
This disaster entered the human culture tens of thousands of years ago and became the focus of the community of tyrants in the categories of beating, burning, imprisonment and scaring.
And today, some techniques have blended into the market of intangible tortures to be applied by autocratic governments.
Torture is the ugly and abusive factor that has led to the dictatorship of humankind and the weaknesses of the community. Torture has many kinds that each section is in itself, shocking and intriguing. Government prisons are a museum of various tortures.
The slogan of the guards at Evin Prison in Tehran is that jail does not kill but makes mad. This madness comes from solitary cells, which crushes man in his deadly silence; also, being intimidated and mistreated by other prisoners is very stressful.
In today’s Islam, there are also instances of torture, including cutting-off hands and stoning and heavy flogging, which often opens the skin and flesh and its signs remains for a long time.
Forcing confession in the section 2-A of Sepah (سپاه (which is located behind the quarantine, and section 209 of the Ministry of Information, causes deaths, heart attacks, and various types of cancer, gradually.