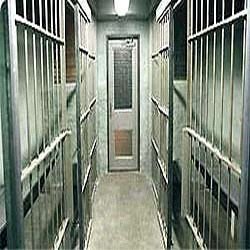 In recent days, prisoners of conscience and various political prisoners have been placed under tremendous pressures. One of the prison agents reports that several night ago Mr. Kazemeini-Boroujerdi was secretly poisoned prior to sleeping, late at night.

At present Mr. Boroujerdi’s physical condition has deteriorated and his legs have swollen. He also suffers from serious joint and musculoskeletal pain, which has prevented him from moving around. Despite all this the authorities have refused to provide Mr. Boroujerdi with the prescribed the pain medication.


Also causing problems for this prisoner are issues with his eye sight which is prohibiting him from seeing anything in close proximity. All this comes as doctors at the Yazd Central prison where Mr. Boroujerdi was incarcerated last year, warned that if the problems with his torn retina is not addressed and he does not receive the proper surgery, that he could lose his sight. The indifference of the regime authorities to the necessary medical treatment required by Mr. Boroujerdi is a sign that they have every intention of quietly destroying this figure who opposes the Supreme Leadership.