Boroujerdi’s Message in International Day for the eradication of poverty 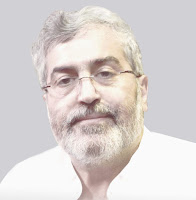 
Although it is not publicly clear why you gentlemen have gathered here and the real purpose of your participation in this summit is hidden, but apparently the nations count on you that your aim is “to serve the humanity” and “to defend human rights”.
Certainly, every president from any country has his own concerns to talk about, and most of these speeches have some political aspects or are dealing with clarification of political stance.
Basically, everybody expects that such a great meeting with this level of prominence is aimed to discuss the concerns of common and ordinary people. So that someone may express the miseries of damaged societies throughout the globe. Nowadays, the majority of nations are suffering from poverty, sickness, prostration and vulnerability.
During our movement to save the humanity from religious dictatorship, we became frustrated with religion and politics in general; hence we are currently looking for a peacemaker to lead us towards our ideal destiny.
Many in the world claim to be saviors, but their claims over time have proven false. You, the political leaders, have a conscience and human based responsibility to support your people. Certainly, in every country, even in developed ones, there are poor class and deprived people; so please find a solution to help the children who are growing up in the disintegrated families due to disease, poverty, discord, and social corruption.
You the authorities gathered to settle important matters, know that all important global affairs are based on subsidiary issues related suffered families or poor class, the ones who are tired of all religious and political slogans and are hopeless of future.
It is not too late; I ask you the political representatives of all countries, to assist the human beings who are appealing the reformers and saviors. Please hear the cries of hunger, unemployment, addiction, divorce, conflict, and insecurity around the world and take care of mankind. These political positions are temporary, since you are the successors of former authorities, and soon many others will take over these chairs. But what remains is the records of history are your actions to save the poor, miserable and deprived people.
Hoping that the world will be saved of catastrophes, sadness and grieves because of your valuable endeavors.
Boroujerdi, Iran, Tehran, house arrest
September 2019