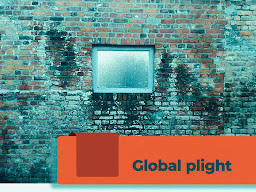 The problematic situation of the earth residents has been initiated since the intellectual, political, belief, moral and social powers attempted to control and manage the human society. However, since all human beings have wisdom and most of the people have some levels of knowledge and education, so many people refused to follow their rule. Thus, those power-seekers had to resort to supernatural forces and come up with an invisible being called God, so that they could rule over the rest of the people of their time or making a basement for ruling on the future generations.

The result of my research by using various religious sources, particularly the Islamic ones, shows that the origin of sedition is within the religions. I have collected such Islamic references and presented in my recent books.

It is normal for humans to use the language of threat for advancing their goals and affairs or collect fans and carry out maneuvers with them. By this way, they took the threats to the next level by taking advantage of an invisible god, who has heaven and hell, which can see, hear, order and prohibit. Thus, governance on humans started tens of thousands of years ago under the name of spirituality and divinity, even though these heavenly religions could not serve people in various eras, particularly in the areas of introducing and knowing God.

There is no doubt that this world has a creator. However, the reality of that creator is not compatible at all with the God presented by various religions since Adam until now, and it cannot be accepted.

The God we have received from religions is a small and little idol, who orders and prohibits and manages the matters only on our planet. However, the universe is so great that our planet comparing to the entire existence is nothing.

Of course, one cannot deny that prophets and divine men, who attribute themselves to the heaven, often aimed to serve humans - they wanted to establish justice; they wanted to create peace and friendliness among people. However, they could not succeed because these objectives were beyond their powers since they were not connected to God. They had some imaginations and hallucinations in their minds which they thought that their words are from God. However, when we compare the creator of the universe with what they presented as God, we see there is no compatibility at all.

Therefore, they commit terrorism and genocide, and torture people under the name of God and they call it serving God, good deeds, or closeness to God. They brought misery and misfortune to nations in all ages, under the name of God, because they know God is the only name and status that no one can see in order to question! This is a good plot for all religions! They say, “Divine God!”, to say “divine”, means you cannot do anything, and that is the problem. The owners of religions did everything to people - exploited them economically, and tortured them by endangering their security. It makes no difference whether it is in the East, West, the Middle East, or in Islam, in Christianity, in Judaism, or in Zoroastrianism etc. The recorded history of all religions shows important and undeniable reports which all religious leaders committed numerous crimes against humanity under the name of creating religious laws and rituals. They forced people to confess, and showed everything is related to God. They allowed everyone to do anything under the name of God - the invisible God, while no one would dare say anything. If so, they would be accused of waging war against God.

We believe that currently the separation of religion and politics is not our main demand since the days of this requirement have passed. Nowadays, first we have to analyze the religions to prove that those were never related to God, our creator. Our view towards God is so larger than what the religions have introduced.

In addition, we believe that the current politics is not based on truth and rightness. We protest against religions as well as politicians. The global policy has been continuously determined to exploit the nations. We do not have a good report or pleasing record throughout the history. So, we have also gone over the politics since the global policy all times has been based on annihilation of the weak people. Anywhere that you see a class-based system, there is evil politics. It is deceptive. The right politics will be when all humans on the earth (all seven billion people) become needless, enjoy of the earth resources, become equal in access to health and treatment facilities and when there will be no poor, hungry or painful people. When there are still such issues and problems, we have to blame both religious people and politicians. We reject both of them and select a third position, which is going beyond politics and religion.