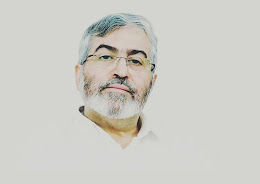 The subject of atheism is a fact that can be found in the minds of all those who are disappointed and disillusioned with earthborn religions and denominations. All religions and denominations talk about a God who is pleased with the creations; the obligations that God has said and carried out and taken responsibility for, have not been fulfilled; if we look at God's promise in the scriptures, it has two aspects – one pertains to this world, and the other to the world beyond!

The world beyond cannot be real because he says that justice represents the scales for it, and the issue is that these promises are attributed to the future and are remote.  Some of the promises and vows made by God are about this place and those have not been fulfilled either. People see hell here, and there is no heaven. The number of those who turn their back on the earthly God increases on daily basis. Especially during this period of the Coronavirus, religion did not pass the test and showed that what it is saying is not true.

You see, in this Islam that has Koran as its holy book, it is full of promises and vows made by God to his creations – none of them have been fulfilled; he has said that when you pray I will comply and respond; he has said that he is not far and is actually very close to us; he has said that he is closer than our jugular to us, however people have not seen something that is referred to as God; it is because of this incompatibility that people in the world distance themselves from monotheistic perceptions; we can say that it is a human right to be able to choose between being theist and atheist. Many of those who had ancestors that were fanatical about religion have now abandoned the thoughts and ideas of their fathers- this is because religion has not passed the test successfully and has provided the grounds for people to turn away from religion. We also have writings and documents in Islam were in the future, which might actually, be right now, people insult God; this breaking off from God is due to the false promises that religions have made.

A God who does not answer people, cannot be seen as a God, and the aim and the desire of people; in any case, we can see that only promises to remain or stand out from all religions and denominations, which are relative to inaccessible times that promise things, and there is nothing for the present times when people actually feel a dire need for help.

The Koran is full of promises that God has made to its people, and in reality, has not fulfilled any of them! The religions and denominations would “throw the ball to the resurrection” while the great Prophet Ibrahim Khalil al-Rahman (Friend of the merciful) asked God to fulfill his promises.

This question, or this right for questioning is recorded in religions, but the fact that it is not proven to see openly what has been promised, because in the first instance there is a material and innate attraction- it is the word of all the people, but in practice, it can be said that it was exaggerated, and it was the manipulation of facts and the unjustified justification of proving God's sovereignty on earth. We know that the world is not without a ruler and that it has an indescribable kingdom that we seek to know, and at the same time we have destroyed all the bridges behind us and we cannot believe in what is called religion.

Boroujerdi, The founder of Monotheism without Borders