Economic pressure on the children of Mr. Boroujerdi 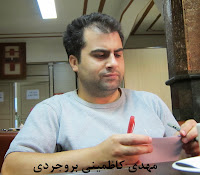 Mr. Seyed Hossein Boroujerdi, 55-year-old prisoner of conscience is serving his eighth year, of an eleven year sentence. He was charged with calling for the separation of religion and state and has stood steadfast on his principles and has sent letters to international legal bodies from within his cell. He continues his struggle against a tyrannical regime all the while the regime has sought to destroy him by putting various forms of pressure on him and his family. The situation is such that Mr. Boroujerdi’s sons, Mehdi and Mohammad have been prohibited from continuing their higher education and deprived of all work that is in any way related to the government. They are even forbidden employment at private companies, as intelligence agents of the regime continue to make trouble.
The economic situation in Iran, high prices due to inflation has rendered the 3 person family of Mohammad 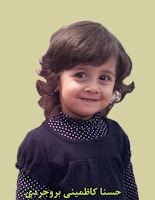 Boroujerdi, Mr. Boroujerdi’s younger son who has been unsuccessful in finding employment, surviving on an insufficient income and a lack of medical insurance has lead to malnutrition and weakening of his 4-year-old daughter, Hosna’s vision.
Mehdi Boroujerdi, who also endured severe torture during his time in prison, is now suffering from physical ailments which at  present, due to kidney stone remains in critical condition, and because of the lack of jobs and income, can not afford the money necessary for treatment.
Meanwhile, the regime continues to strictly monitor this family, they have also kept constant pressure, preventing anyone from offering any help to members of this family.
Translated and edited by: Banafsheh zand