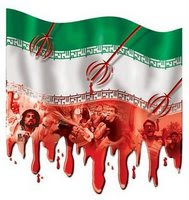 Last night Yazd prison authorities after transferring the pacific clergy, Ayatollah Seyed Hosein Kazemeini Boroujerdi to section of dangerous prisoners in order to make more pressure on him, beat him up severely by making an artificial fight as his hands and his waist have seriously been hurt due to this artificial action.

According to the report of a reliable source; the authorities of the prison sent some of their agents as prisoner to this section to make such this unsafe and insecure situation for Ayatollah Boroujerdi. One of the prisoners who is the supervisor of the section said regarding to this matter:" I had never seen these people before and I don't know how they have been transferred to here!"

It is necessary to say that Ayatollah Boroujerdi is an opinion prisoner who is insisting on his demands such as opinion freedom, equality between the rights of men and women, stopping the execution of Islamic penalties and necessity of separation of religion and politics, while he has been in prison and under torture for two years and half .