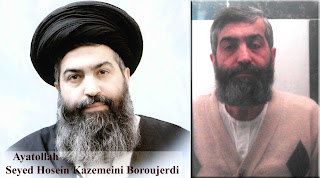 Today, when I went to buy a phone card, I found that my Samin credit account has been depleted; it is a shameless action that the government authorities put me in strait more than before. Confiscating these sums by a government has billions of tommans incomes is so ridiculous, but is a proper torturing means to put a prisoner in pressure. Indeed, how sadness and painful is giving a decade called "Fajr" welcome also expressing happy and pride on government media! How can you be proud of your revolution ,while a nation has been plunged into the ocean of misery and calamity and the number of persons you have detained is so many as countless prisons of Iran have no capacity enough for this huge population and prisons' cells and sections is being increased ?!

The absolute majority of oppressed people of are under the poverty line, economic is in an undeniable state of bankruptcy, the statistics of annihilation of families is shocking and the religious opinions and interests and spiritual desires have reached a dreadful annihilation too. What congratulation is left for Bahman 22, 1357? By God every body that sees these treasons, crimes and damages and doesn't protest has neither divine conscience, nor national zeal.

O'God be witness that I protest against unreal claimers of religion and politics by my heart while there is no protest voice and all the shouts are silent. Isn't there any savior in the world to save these oppressed and poor people?