A report about Ayatollah Boroujerdi’s last condition in Yazd prison 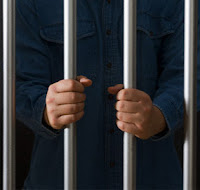 Although the ambiguous and dubious death of some political prisoners during last weeks has made a wave of worry in public circles and world Human Rights Organizations, but the officials of the religious regime of Iran have not showed any attention to these notifications and opinion and political prisoners are still imprisoned in the medieval prisons of Islamic Republic in a disturbing condition.
On this subject, Ayatollah Boroujerdi, prisoner for conscience strongly needs urgent medical treatments and necessary remedial facilities and there is fear that if this state be continued, his fate becomes as Omid Reza Mir-Siyafi and Amir Heshmant-Saran’s. Ayatollah Boroujerdi has asked the director of Yazd central prison clinic with a letter to consider his health condition, as his last action to remove existing restrictions. As follows:

With greeting and the hope of fulfillment of your humanistic aims as a conscientious physician
I hereby inform you that I have suffered from various physical and psychological diseases during my captivity in the grasp of Islamic despots as these fierce and oppressive thugs will not be satisfied but with my death as a preacher of justice and peace , propagandist of freedom and religious leader so, I submit my medical requires to you as a theist and hospitable physician in order to if they can be found in the plundered treasury of oppressed Iran , give me who am captive in the chain of the dictators claim to religion and republicanism.

It is necessary to say that international Human Rights Organizations such as: Amnesty International, Human Rights Watch and International Campaign for Human Rights have described the health condition of this prisoner for conscience so dangerous and disturbing based on various reports like : the medical report of Dr.Hesam Firouzi, and also have emphasized on necessity of sick leave for him.