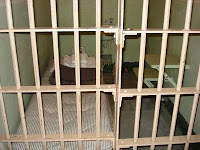 Tuesday morning, March 30, 2009 Ayatollah Boroujerdi faced severe insulting and inhuman behaviors of relevant officials like: Dr. Vali Zare in the clinic of Yazd central prison, it was happened while insulting attitudes to patients and annoying and reproving them for opinion is contrary to the trade and conscience commitments of physicians.
Since here in Iran some conscientious and philanthropist physicians like: Dr. Hesam Firouzi is detained and international physicians are not permitted to visit opinion and political prisoners, government dependant physicians get opportunity to increase governmental inhuman pressures on poor patients are captive in despotism chain.
It is necessary to explain that Mr. Alizade, the chief of Yazd central prison has disavowed every kind of responsibility and claims that he has been ordered by the Information minister, Mr.Mohseni-Ejei to put Mr.Boroujerdi in various physical and psychological pressures and prevent from treating him and sending him drug, to forced this opposed to political religion leader to compromise with the Government.
According to the news received from Yazd central prison; Mr. Boroujerdi has rejected every kind of compromise with the government and asks for holding a free referendum under international supervision. Also he is ready to negotiate with Iran high rank officials on his demands only in the presence of independent lawyers and non governmental reporters.