The detention of another follower of Ayatollah Boroujerdi 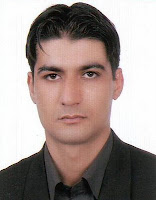 Human Rights Activists in Iran
Kambiz Hoseini, 27-year-old and one of the accused of Ayatollah Boroujerdi's file, had been detained in October 2006 and had been in 209 section of Evin prison . he had been released by giving security up to the time of issuing and execution of sentence . Above-named was called to special court of clergy on 12 October 2008 and after attending there, was transferred to Evin prison in order to execution of 2 years imprisonment on him .
As well as Mr. Hoseini, 8 other accused of the mentioned file have been detained and transferred to Evin prison too, during last months .the sentences of these people are different between 5years imprisonment in exile and 2 years imprisonment.
It's necessary to say that; all mentioned people have been ill-treated during the time of detention and have spent along times in isolation cells under inhumanity states . These people have been deprived of just trial .