Medical report on the most critical state of Ayatollah Boroujerdi 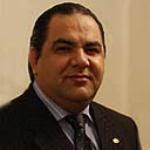 Human Rights activists in Iran
Dear Shahroudi
Honorable chief of judiciary
I have the honor to inform you that I am Dr.Hesam Firouzi, the doctor of some political prisoners, as yet I have sent to you different reports on medical state of some prisoners, now noting to the critical physical situation of Mr. Seyed Hosein Kazemeini Boroujerdi and the diseases that threat his life,I ask you to order to transfer him out of prison in order to treatment and having more cares in equipped hospitals.
I have written some problems of him as a medical report for you:
It's two years that Mr.Boroujerdi is jailed in Evin prison and around ten years he is suffering from asthma which has recently become so critical and intolerable also he is suffering from chest pain because of heart diseases that is such a dangerous alarm shows the obstruction of heart vessels and is counted among medical emergencies so that threats his life.
Also he is suffering from renal calculus that these critical renal pains increase the risk of heart failure much more.
Visional problems because of Cataract have led to lose 80 percent of his vision.
His severe physical weak has led to lose his balance repeatedly; also his hand shaking can be because of physical or psychological weak.
It's necessary to say that severe lose weight over than 40kg shows his critical state.
Bone pains and backaches increase his pains and such these pains need serious medical cares.
Dear Shahroudi
I as an independent and apolitical physician that don't have any aims except save humans life and reducing their grief and painfulness, ask you to issue a permission containing his treatment out of prison
Finally I think it's necessary to say to you:
Mr.Boroujerdi has severely become dispirited and has physical and psychological problems because of prison and these matters cause to he doesn't trust on any physicians inside of prison and doesn't cooperate with them.
Thank you
Dr.Hesam Firouzi . ( 31 August 2008 )