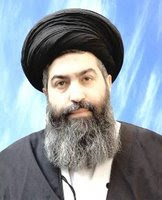 The items of explicit and obvious violation of religious principles and monotheism bases during thirty –year-function of political Islam in Iran:
1-announcing their partnership with parties and organizations were opposite to Shah, in political challenges, and recognizing them and giving them the promise of their participation in new government affairs, but practical nullification of it after revolution victory.
2- undertaking that militant clergies don’t interfere in governmental structure but making supervising positions for them and religious reference places for founder of the government and then breaking it in the first days of victory against Shah.
3- giving people some important promises in the last days of Shah’s kingdom to establish a government for promotion of Independence, freedom, republicanism and Islam that each one has its expanded meaning ,but multilateral and undeniable treason is seen in all of them and it really leads to ignore and annihilate all demands of Iranian nation .there is a need of holding a high court in the presence of independence and impartial judges and just and expert lawyers and also apolitical clergies in order to show the practical manifestations of these slogans and to consider continued opposition of this regime to the meaning of these slogans and present a just and fair trial and judgment.
4- annihilating all political, religious and national opponents of Shah as there is no remain of that ten experienced groups and formations during 10 years opposition to imperial government of Iran ,but in prisons and exile places.
5- multilateral machinations against apolitical religious leaders and authorities who protested against governmental Islam such as Ayatollah Seyed Kazem Shariatmaderi who was a popular one, they besieged him at first, then killed most of his followers and finally he was killed with an ampoule in Mehrdad hospital in Tehran by ReyShahri and Mohammad Yazd. Governmental agents besieged his religious schools and specialty and scientific centers too. Another one is Ayatollah Seyed Hasan Qomi -e-Tabatabai who was exiled in Karaj for 12 years during Shah’s Kingdom and then was imprisoned in his house in Mashhad until the end of his life by political Islam agents and at last he died in a recondite way. Also Ayatollah Seyed Ahmad Khansari, religious leader in the capital, who called war and applying the word” martyr “for one who was killed during it, unlawful and he was opposed to interference of clergymen in political affaires. Ayatollah Seyed Abolghasem Khoui is another one who was strongly opposed to mix of religion in politics and called it contrary to interests of Shiite. Also Ayatollah Seyed Mohammad Shirazi, who had many followers in Iran and Arab countries and was hated in governmental clergies’ view during his life, was attacked by information and security forces several times. His children were tortured in 209 sections of Evin several times and his medical, scientific and religious institutes and Karbalaiha mosque and Imam Hosein hospital in Galubandak intersection in Tehran was confiscated too. Also Ayatollah Seyed Sadegh Rouhani, who was a religious authority in Iran for 40 years, was imprisoned in his house for more than 20 years. And Ayatollah Seyed Mohammad Ali Kazemeini Boroujerdi who was always tormented and ill-treated by the government claims to follow religion, passed away unnaturally, government agents destroyed his tomb and disintegrated his family too.
6- keeping and increasing prisons that have no place and position in Shiite principles and eliminating justice from Judiciary power and making a bad view about spiritual things in courts and judgments.
7- annihilating opponents and liberal persons , extinguishing the voice of nationalists , restricting mass media , establishing absolute suffocations and preventing from accessing to the facts of nation.
8- repressing independence writers and journalists , extinguishing opposite voices, restricting religions, forbidding people to have open and independent thoughts and making an horror atmosphere in society to prevent from the movement of the followers of mystical and belief principles and ancient and apolitical groups.
9- Censoring presses and newspapers for the purpose of strengthening the positions of governmental religion and spreading reactionary thoughts and reviving fascism.
10- oppressing poor and deprived class of society , not preparing their national and lawful and legal demands , intensifying finance and nerves pressures on middle class of society , bringing poverty line up to its highest level in last decades and increasing the number of needy and poor people.
11- approving unjust bills in the parliament and inattention to people interests and forgetting social and economical priorities as the result of all is avoiding and running away from God and holy beings in society.
12- Increasing and spreading convulsion and inopportune interference in internal affairs of other countries for the purpose of expansionism, spending the wealth of oppressed
Iranians for this aim and depriving the real, legal and natural owner and heritor of this country who now are the most miserable people in the world and blame the Islam is in chains of despotism for these oppressions and treasons.
13- appropraiting heavy funds for armaments, nuclear and military affairs , making finance and credit pressures on oppressed and innocent people of Iran , making fear and concern bout war, bringing absolute hopelessness and downswing in economic.
14- Showing unreal numbers and statistic and false factors during 8 years of war and writing current history reversely.
15- Dangerous elimination of religious sources from history, interpretations and traditions and removing monotheism documents to prevent from destroying, suspecting and reproaching the anti-monotheism acts of governmental clergies and keeping supervisors and experts in news boycott to cover their belief sabotages.
16- dissmissing independence clergies from their traditional jobs and keeping prominent religious characters away from propagandistic circles to establish a restricted and crafty society based on dictatorship and closing the religious centers are not dependent on government.