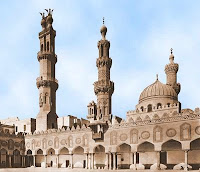 To the Islamic Ulema and authorities of theological school

As a religious prisoner leader who is one of the descendents of the holy prophet, Mohammad, I would like to inform you that I have been imprisoned for years by the government which claims to be spiritual and republic and I have become old and decrepit due to tortures in the various, hidden and appalling sections of the dictatorship of Iran. My sin is only defending God against the imperialists pretending to be clergy who the result of their government is only massive apostasy of people. I have spent my life in cause of attracting society to the Islam which is without politics and people’s attention and favour to this matter has made the authorities of governmental Islam anger.
I ask all Muslim scientists who want to elevate and promote monotheism, all experts in Islamic matters who are desirous of world reverence for this heaven religion and all defenders of the holly book of God and the practice of Prophet Mohammad to accept and respond to my call for separating the religion from the state and to demand the complete and extensive separation of Islam from every kind of material and worldly defilements and contaminations in order to clear Muslims of terroristic accusations and to clear the world distrust and negative propagations on the entity of this Hanif religion.
The 30-year-old history of Islamic Republic of Iran showed that the presence of religious authorities and Muftis in executive, official and credit cadre of government annihilates the worth and credit of divine and sacred beings and leads to distrust all God’s orders. The gloomy experiences of the current history of Iran indicate that people are avoiding the integrity of religion and theism massively and multilaterally due to the acts of this religious government. And the reason of my conflict with Shiite governors is my protests against their unlimited and excessive domination as they believe in Vilayat-e-Faqih, it means their vilayat is along and equal to the Vilayat of God. This belief will finally bring misery and poverty of people, plunder of the treasury of country, and increase in cruelty, crimes and harshness which are the cause of people’s distaste for traditional religion. Since they do what they want under the name of prophet and Islam, people are disgusted with divine and spiritual things and nobody follows prophet’s thought and culture anymore.
I hereby ask all reformists, liberals and justice seekers in all over the world to consider the bad results of interference of religion in politics according to real numbers and statistics existing in Iran and to announce the dangers of material and carnal abuses of certain religious principles and to save the involved Muslims in conflict and war from existing dangers.
Let it not remain unsaid that most of the great Shiite clergies in Iran are under the torments of military, Security and Information systems due to their religious independence and non-cooperation with government.
With the hope of removing the desecration of Islam and appearance of Islamic unity with fulfillment of the sacred slogan “the Islam without the politics”
Seyed Hosein Kazemeini Boroujerdi-Yazd prison