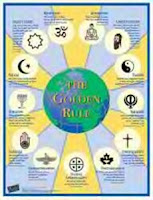 Washington, 1 May (WashingtonTV)—Religious freedom conditions in Iran have “worsened” during the past year, Dr. Richard Land, a commissioner with the United States Commission on International Religious Freedom [USCIRF], said on Friday during a press conference announcing the release of that commission’s annual report.
“In Iran, government rhetoric and actions worsened conditions for nearly all non-Shi’a religious groups, most notably for the Baha’is, as well as Sufi Muslims, evangelical Christians, and members of the Jewish community. The Commission has decided to designate Iran as a country of particular concern again because the situation has worsened,” said Land.
He added that the Iranian Parliament has been considering a law since September 2008, which includes a bill enshrining the death penalty for apostasy. “This proposed penal code should be rescinded,” said Land.
“The Commission urges the US government to call for the release of Muslim minorities and dissidents, including those Sufi Muslims in prison, as well as Ayatollah Boroujerdi, a senior Shi’a cleric who advocates the separation of religion and state,” he continued.
“The government of Iran continues to engage in systematic, ongoing, and egregious violations of religious freedom, including prolonged detention, torture, and executions based on primarily or entirely upon the religion of the accused,” USCIRF’s 2009 report concluded.
The Commission recommended designating 13 nations on the list of “countries of particular concern” [CPC], including Iran, Burma, China, Eritrea, Iraq, Nigeria, North Korea, Pakistan, Saudi Arabia, Sudan, Turkmenistan, Uzbekistan, and Vietnam.
Iran has been designated as a CPC by the US State Department since 1999.
USCIRF is a bipartisan federal commission, whose commissioners are appointed by the President of the United States and the US Congress.
The USCIRF provides recommendations to President Barack Obama’s administration, the US State Department, and members of Congress regarding ways in which US policy can promote human rights and religious freedom in nations the Commission identifies as the world’s most severe religious rights abusers.
The report recommends that the US government should “at the highest levels” speak out about the deteriorating conditions of religious freedom in Iran, as well as during discussions with representatives of the Iranian government.
After the conclusion of the press conference, Land told WashingtonTV that the issue of religious freedom in Iran “has to be on the table,” during any talks between the United States and Iran, in the same way that human rights was on the table in US negotiations with the former Soviet Union during the Cold War.
“Secretary of State George Schultz always talked about human rights and the right of the [Soviet] refuseniks. And we’ve also made the same kind of stipulation with North Korea, that when it comes to talks with North Korea, that human rights and religious freedom, being one of those human rights, needs to be part of the total package. And that the United States of America and its government should not separate human rights discussions and religious freedom discussions from the other policy concerns,” Land said.
Source: WashingtonTV correspondent in Washington
© WashingtonTV 2009. All rights reserved.