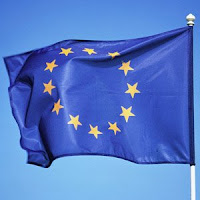 25.5.2009
The European Union expresses its deep concern about the increasing violation of religious freedom in Iran.
In particular, the European Union condemns the continuing persecution by the Iranian authorities of legitimate expressions of Christian belief. According to available reports, the Iranian nationals Hamik Khachikian, Jamal Qalishourani and Nadereh Jamali, arrested in January 2009, continue to be detained without charges, as are Marzieh Amirizadeh and Maryam Rustampoor, arrested in March 2009. In March 2009, Seyed Allaedin Hussein, Homayoon Shokouhi and Seyed Amir Hussein Bob-Annari received a commuted sentence of eight months in prison. Available evidence suggests that the aim of this persecution is to suppress the free choice and expression of religious belief.
Read More

How can catch and captive persons for their belifes? Iranian regime claim that has democracy government but don’t respect to people's rights.

According to Human Rights declaration every one can choose his religion with out any limit and Iran sign it but Iranian governors forget it.